The year 1948 saw the arrival in Ghana of the first St. Louis Sisters from Ireland. Bishop Hubert Joseph Paulissen was then the Vicar Apostolic. It was a historical event to reckon with as that eventful journey has borne abundant fruit.

After the opening of the Secondary School, it became obvious expedient that a Training College should be started. St. Louis Training College was opened at the request of the Ministry of Education on 23rd September 1960 by the Catholic Diocese of Kumasi. For the first year, it has temporary quarters at the new site at St. Louis Secondary School built by the Catholic Diocese  Kumasi.

The College was initially to be a Post “B” Certificate Training College for women. The College was founded by the Catholic Diocese of Kumasi on 23rd September 1960 as a female counterpart of St. Joseph’s Training College, Bechem, which the same Diocese founded in 1947 to train male teachers. St Louis Sisters from Ireland ran it at its establishment.

Sister Mary Consilli, the first Principal, and Sister Mary Vibiana (later Marian Barette) -both St. Louis Sisters- ran the college with funds partly mobilized from their salaries, the Catholic Diocese of Kumasi, funding agencies abroad and other well-wishers. The founding of St. Louis Training College thirteen years after St. Joseph’s Training College’s
the establishment was also in response to the church’s obligation to provide quality
and holistic education at all levels.

In this particular instance, it was founded in the interest of Girl-Child Education. In this way, the church envisaged a gender balance in teacher training education. It happened to be at the time when the Ministry of Education had also adopted the policy of providing as many as possible teachers for the implementation of the Compulsory Universal Basic
Education in the country.

In its first year, the College had a class of thirty-five students and a teaching staff of three; Sisters Mary Consilli and Mary Vibiana, both Art Graduates, and Mrs. Hagan is a tutor with an Associate Certificate in Education. In the second term, an Art Student from Kumasi College of Technology took up duty as part time tutor.

Some of the teething problems included a lack of electricity and water supply, thereby, necessitating the use of Aladin lamps. In 1961, during the long vacation, a change-over of the location took place between the secondary school and the training college. The Latter took up permanent residence at its present site which was donated by Otumfo Osei Agyemang Prempeh II, the then Asantehene, in 1952.

Since the College’s inception, it has gone through “A” 3 years Post Secondary and now a Diploma in Basic Education and a Bachelor of Education. The College has always trained women except for a short period from 1974/75 to 1980/81 academic years when it trained men as well. In 1997/98 academic year, the College became the first women’s College in Ghana to run an Elective science Course.

For the first batch of Elective Science students, the college received sponsorship from the Rocky Feller Foundation in the United States of America.

The College started to run a Diploma in Basic Education in Foundation Studies,
Education and Professional Studies. This Diploma Course was started in
2004/2005 academic year.

In consonance with the National Education Policy of upgrading all Diploma
awarding Colleges of Education into fully-fledged tertiary institutions, the College started running the nationwide 4year B.ED (Bachelor of Education) program in the 2018/2019 academic year with the first batch of 440 students reading the following programs: Primary Education, Early Childhood Education, and JHS Education in Home Economics and Languages.

It was the aim of the College to train teachers for basic schools in Ghana, teachers who regard teaching as a noble profession, as a vocation which they will follow devotedly, teachers whose professional standard will be as high as the mental capacity of each al-lows, female teachers with the requisite knowhow who are capable of playing their part in their country’s spiritual, material, moral and social development.

The College gained accreditation to become a College of Education in the 2007/2008 academic year. It has now been granted a 5year institutional reaccreditation from the National Accreditation Board to continue its operation as a Public Tertiary Education Institution in Ghana with effect from 1st September 2018 to 31st August 2023. The College now has academic staff strength of 48 comprising 24 males and 24 females. The nonacademic staff strength is also 53, comprising 31males and 22 females.

♥Copyright Notice: Content on This Website is Copyright Protected. No Part of this Content should be Reproduced without the Consent of the Author(s) or Recognition of the source of the Content.© 2020 Ellis Multimedia: EducationGhana.org: All Rights Reserved.♥ 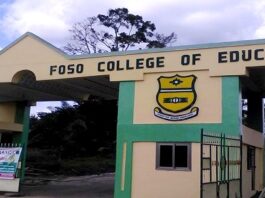 Fosu College of Education Prospectus for the 2022/2023 Academic Year 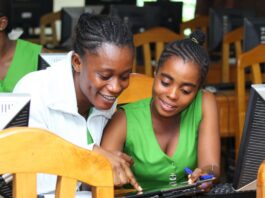 Top Graduation Requirements for College of Education Trainees in Ghana 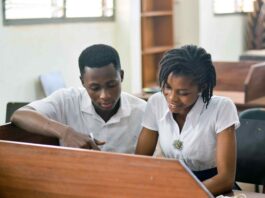 Simple Steps on How to write Project/Research Work in Colleges... 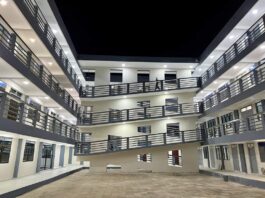 How to Award and Classify Academic Certificates in Colleges of Education

2023: Grading System and How to calculate CGPA in Colleges of... 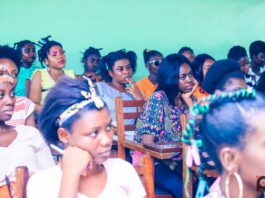 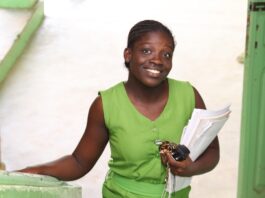 How SRC Executives are elected at the St Louis College of... 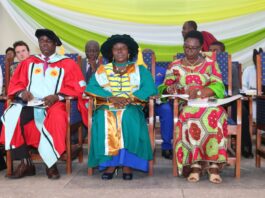 Past Principals and Vice Principals of St Louis College of Education... 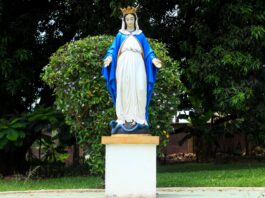 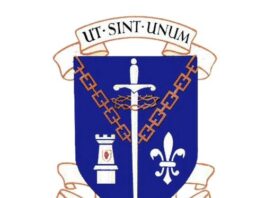 Explanation of the Crest and Logo of St Louis College of... 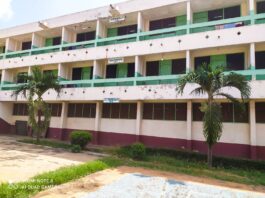 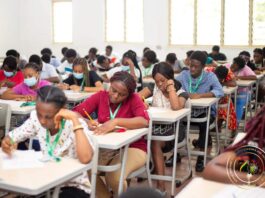